Where kits play and elders make their peace with SoulClan, join the Clans in a whirlwind of prophecies and roleplay adventures

Weather & News:
The cold of leaf-fall is starting to set in. Leaves lay thick on the ground, and prey is starting to slowly but surely disappear.
An earthquake has shaken the forest, causing an abrupt ending to the gathering. The Clans have yet to fully assess the damage done by the quake.


For queries about becoming a site affiliate, private message Willow and they will get back to you ASAP :)

Risingscorch only shook his head in response, offering a partial shrug of his shoulders.

Silverwind looked worriedly at the two apprentices, scooting closer and trying to comfort them with the warmth of her fur. 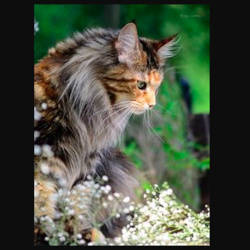 Fennelclaw squeezed through the entrance, falling into the sludgy snow and grumbling in annoyance. "Crisppaw, stay close," he mumbled.

Mapleglow peaked out over the snowdrift then ducked back down. She turned to the other cats in the nursery. "Poolstar's safe," she mewed.

Poolstar's breath caught, and she lowered her ears to her head. She glanced toward each of the dens in turn, and shook her head. "At least Lichenpaw is safe," she mewed.

Mottledsting was the first to return from Wolfwatcher's patrol, and he dug his way through the snow until he reached Lupinfrost and Poolstar. With a nod to them, he went to drop his prey with the others, trying to avoid asking any questions about what might have happened.

Mapleglow pricked her ears at the sound of scraping claws digging through the snow towards the nursery. "Poolstar?" she called, hope the leader could hear her.

"I managed to hold onto mine, but the rest got swept away," she called back to Lupinfrost, perking her ears when she heard Mapleglow. "Working my way towards you all, just hang on," she mewed back, scooping away the snow with her claws.

Fennelclaw felt the skin around his claws start to split as he dug through the snow.

The rumbling of the earth began anew, followed by loud crashing of boulders as they tumbled down. Poolstar jolted and broke through the last barrier. "Everybody out!" She yowled, snatching up Frostflower's newborn kits, two of them in her jaws.

Risingscorch nudged his mate, grabbing the third of Frostflower's kits before he followed. 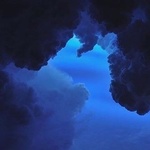 Wolfwatcher shoved Erminepaw towards the exit. "Run!" He screeched, glancing around.

Fennelclaw began to flee when he was struck on the side by a falling stone. He toppled, rolling part of the way down the slope before finally striking a tree, velocity stopped. He wheezed, trying to stand but unable to feel his paws.

Mapleglow clambered out of the nursery after Risingscorch, scrambling out of camp.

Silverwind shoved Lichenpaw toward the camp exit then darted to Fennelclaw while calling for Lupinfrost. She skidded to a halt by him, trying to heave him to his paws. "Come on, come on!"

Aurapaw was hit next and she went with a cry, darting toward her mentor. Crushed beneath a boulder, her eyes remained wide open as she passed, a look of horror painted on her features.

Frostflower tried to follow after the others, but froze when she saw Aurapaw be crushed. She gasped and stayed still, frozen in shock. It was then her head was hit, and she crumpled to the floor, body laying heavy in the snow.

Fennelclaw coughed out a spurt of blood, weakly dragging himself forward with his front paws. He doubled over with a gasping cough, blood dripping from his mouth.

Wolfwatcher gasped as a rock crashed into his hind leg, but forced himself forwards through the pain. He took a milisecond to glance down at the injury, and noted that it didn't look broken. He ran over to the exit behind his apprentice, before tripping and tumbling down the slope, gasping in pain when he finally rolled to a stop.

Erminepaw let out a cry of horror, then continued down the mountain, attempting to choke back her tears.

Risingscorch rushed to help his mate keep her balance, keeping a tight hold on the mewling kitten in his jaws. He moved quickly down the mountain with her, panic gripping his chest. 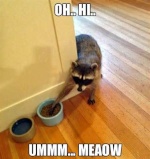 Flickerlight saw his mate fallen and wailed. "No, no, no, no not again," he mewed, his voice breaking. His knees were weaker than twigs and he stumbled, oblivious to everything around him.

Coldcall, having been knocked to the ground by the quake again, saw through hazy vision Frostflower. He tried to scrabble to his paws, but he couldn't. Before he could even cry out, a boulder crushed his side, bouncing off and leaving him a bloody mess in the snow. He coughed, whimpering. "Someone... Help Frostflower..."

Crisppaw gasped when she saw her mentor hit. She started to run over, crying out. "Fennelcl-" A boulder cut her off, slamming into her and crushing the small cat into the snow. She didn't even feel a thing.

Quartzshine spotted Blacktail in the still-gathering rubble. The normally cool-headed cat was panicking. He couldn't save everyone... Fennelclaw,  Silverwing... Everyone... He couldn't waste his own life. He turned and pelted down with the few others that were fleeing. Guilt ripped through his body, but the chances of Mintsky and Vanillapaw surviving were slim.

Phoenixkit dug her claws into the ground. She was paralyzed with fear, seeing cats much bigger than her crushed and bleeding. "no," she mewled. She looked to her right, at a sludge of rock and ice and snow sliding towards her. She was too small, too young. It enveloped her, leaving her to suffocate.

Wolfwatcher trembled with effort as he pushed himself up from the ground. He ground his teeth together, vision blurring as his mind was still spinning from his fall. "I have to... save them..." he whispered to himself, finally getting to his feet and stumbling forwards as fast as he could. 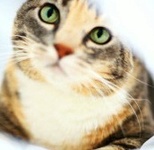 Softpetal ran as fast as she possibly could, focusing only on her paws as they slammed step by step over the ground littered with rocks. She could already feel the sting of the cuts on her pads but told herself to push forward. She only let herself scan the clearing for a few moments to try spotting her sister, Dappleshine. She frowned, not being able to find her, but only praying to SoulClan that they would meet again once Poolstar led them to safe grounds. 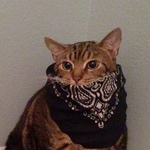